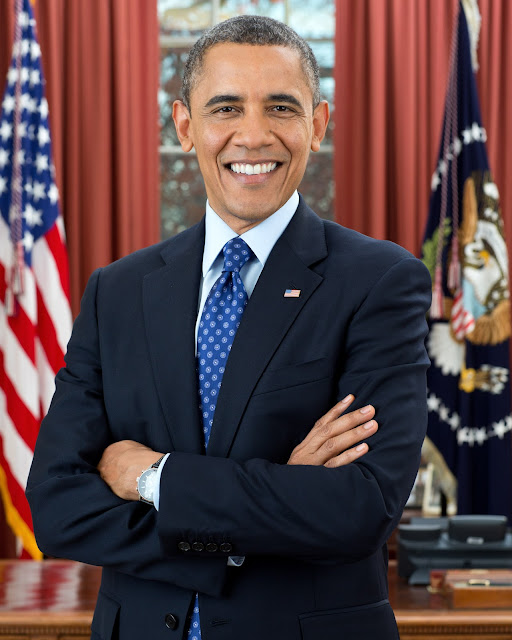 At a speech in the Congressional Black Caucus Foundation dinner in Washington on Saturday night,President Barack Obama said he’d be offended if African-American voters don’t turn out and vote for Hillary Clinton in November,2016.

The president’s remarks came a day after Republican nominee Donald Trump publicly ended the “birther” conspiracy he had kept up for five years, finally admitting Obama was born in the United States.

below is Donald Trump statement:

“There’s an extra spring in my step tonight,” Obama joked. “I don’t know about you guys, but I am so relieved that the whole ‘birther’ thing is over. I mean, ISIL, North Korea, poverty, climate change — none of those things weighed on my mind like the validity of my birth certificate. And to think that with just 124 days to go, under the wire, we got that resolved. I mean, that’s a boost for me in the home stretch. In other breaking news, the world is round, not flat. Lord.”

Obama skewered Trump’s assertion that African-Americans are worse off under the president’s administration than ever before.

President Obama said “I will consider it a personal insult, an insult to my legacy, if this community lets down its guard and fails to activate itself in this election,.

“You want to give me a good sendoff? Go vote.”

“If you care about our legacy, realize everything we stand for is at stake — all the progress we’ve made is at stake in this election,”.

The president, whose historic elections in 2008 and 2012 were propelled by a record turnout of black voters, urged attendees to do the same for Clinton.“Hope is on the ballot,” he said. “And fear is on the ballot, too.”

“What the hell do you have to lose?” Trump said at a rally before a predominantly white crowd in Ohio on Aug. 22. “Give me a chance. I’ll straighten it out.”

Clinton also spoke at the event, warning that a Trump presidency would undo the progress Obama has made.

“We need ideas, not insults. Real plans to help struggling Americans in communities that have been left out and left behind — not prejudice and paranoia,” Clinton said. “We can’t let Barack Obama’s legacy fall into the hands of someone who doesn’t understand that, whose dangerous and divisive vision for our country will drag us backwards.”

She also mocked the birther issue while addressing Obama.

“Mr. President, not only do we know you are an American,” she said, “you are a great American.”