The pair were also captured in a picture with Jazzman Olofin, who is a close friend of the rapper.

Abounce is the son of late Nollywood actress, Bukky Ajayi, who recently passed away following a cancer disease.

Producer and friend of the couple, Chinney Love, shared the exciting news on Instagram. 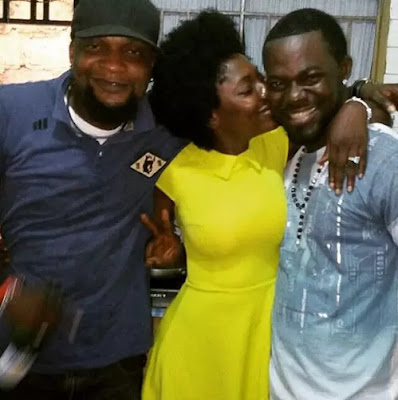