Aaron Driver, 23, had planned to carry out a suicide bombing mission in a public area during rush-hour but was killed during a confrontation with police in a house in Strathroy, a senior police official said on Wednesday night.

He was shot by police in a dramatic raid after he detonated an explosive device, injuring himself and one other 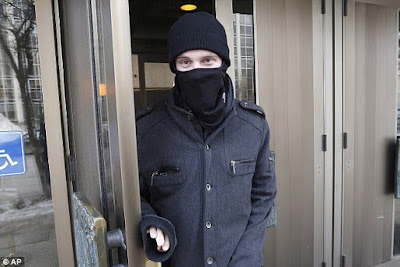 Driver, who was originally from Winnipeg, Manitoba, was arrested last year for openly supporting Islamic State on social media.

He was not charged with a crime, but in February, he was placed on a peace bond, a court order that restricted his movement, required that he stay off social media and computers and not associate with any terrorist organization, including ISIS. 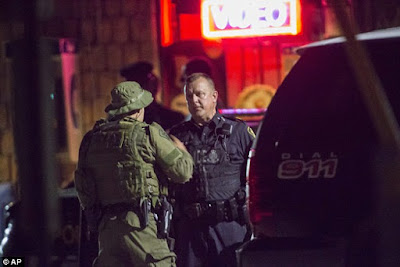 for ISIS under the alias Harun Abdurahman, including urging the group to target the Canadian police and military as well as praising the attack on Parliament Hill in October 2014.
Police believed he acted alone in the alleged plot.

On Wednesday, the Royal Canadian Mounted Police said it halted a possible attack after receiving credible information of a potential terrorist threat. 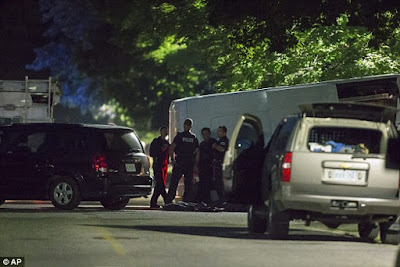 The incident on Wednesday stemmed from a new video Driver made in which he threatened an attack on a ‘major city,’ intelligence sources told Reuters.
Driver lives in Strathroy, Ontario, a small town about 140 miles (225km) southwest of Toronto. 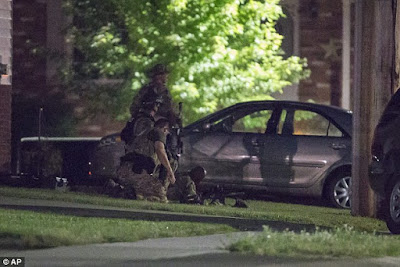 They said a suspect was identified and the ‘proper course of action has been taken’ to ensure there was no danger to public safety.

However, the police operation inside the Strathroy home continued well into Wednesday night with authorities concerned about what may be inside.

Driver had allegedly planned to use an IED to cause mass casualties by carrying out a suicide bombing mission in a busy public space.

Authorities have not released details about where Driver was intending to carry out his alleged mission, but they say there is no longer a threat.

Neighbours said they heard explosions and gunshots during the operation that involved SWAT teams and a bomb squad, 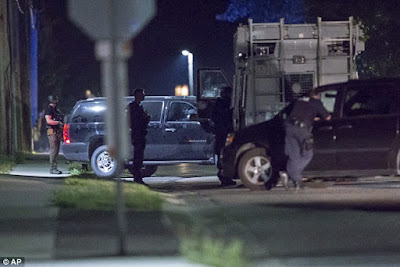 Canadian Public Safety Minister Ralph Goodale said he had spoken to Prime Minister Justin Trudeau about the events ‘to confirm that public safety has been and continues to be properly protected.’

The RCMP, the Canadian Security Intelligence Service and other police and security agencies were involved in the operations, he added.

‘These agencies conducted themselves effectively in the circumstances that developed today,’ Goodale said in statement. 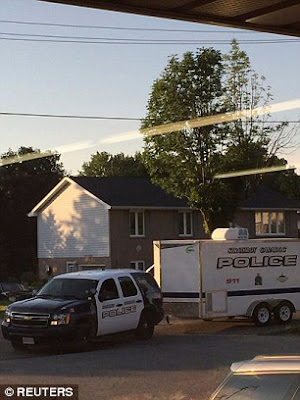 Taking all relevant information into account, the national terrorism threat level for Canada remains at ‘medium’ where it has stood since the fall of 2014, Goodale added.

According to the report, Abdurahman was raised in Ontario as a Christian in a military family, but converted to Islam at the age of 17.

He dreamed of joining ISIS and living under Sharia law.
In that interview, Abdurahman said the attack on Parliament Hill by Michael Zehaf-Bibeau was ‘justified.’

‘I was listening to it very carefully,’ he said. ‘In some ways I was pretty excited because there was retaliation. It was shortly after Canada announced it was sending F-18s over to Iraq.