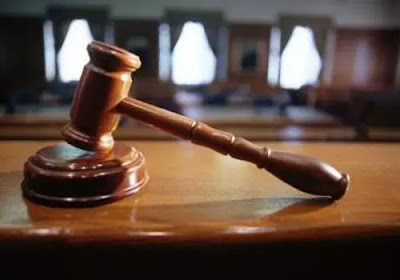 Mr Simon Akor, has told a Nyanya Customary Court, Abuja, that his wife, Patricia, demands money before allowing him to make love to her.

“My wife always says I must give her money before I enter inside her buttocks, sometimes when I have money, I give her.

Simon said this when he testified in a divorce petition against his wife on Tuesday.“Whenever am angry about it and talk to her about it, she will say that all her friends collect money from their husbands before their husbands can get into them,” she claimed.

According to him, Patricia rubs juju on her private part before making love to me.

The petitioner said when he confronted her, Patricia said it was the native doctor that gave it to her.

t the native doctor instructed her to always rub it before making love to me, so that even if I drive her out of my house, I will not be able to perform with another woman.

“Whenever my wife rubs that oily substance in her private part and I make love to her, my penis will become very weak. I will not be able to do anything again,” he said,

Mr Simon Akor told the court that his wife was into human trafficking, adding that she used to bring girls to people in Abuja.

He told the court that his wife chased him out of the house, adding that he was no longer interested in the marriage.

Patricia, a businesswoman, denied the allegations, adding that they pull resources to buy the house.

The presiding officer, Everyman Eleanya, advised the couple to reconcile.

“You can’t force the court to divorce you, this is a court of justice, we are going to give you room for reconciliation.

“You should consider your children before you take certain decision in life,” Eleanya said.

He urged the petitioner’s sister, Mary Akor, who was also present in court to try and reconcile his brother and his wife.

He further advised her to “explore every possible means, including her church to bring peace and love between them”

He adjourned the case till Sept. 5, for the report of settlement.