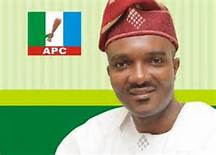 The Senior Special Assistant to the President on Economic Matters, Mr. Ayoleke O. Adu is late

A statement by the Senior Special Assistant on Media and Publicity, Laolu Akande, said that Adu who was aged 44, was a diligent economic professional and Certified Financial Analyst, CFA died after a period of illness.

The Presidency on Saturday announced the death of the Senior Special Assistant to the President on Economic Matters, Mr. Ayoleke O. Adu

The Vice President Yemi Osinbajo, on behalf of the President and himself condoled with the deceased wife, children, mother and the entire family.

According to the nation, Minister of Solid Mineral Development, Dr Kayode Fayemi in a condolence message released by his special Assistant on Media, Olayinka Oyebode, expressed shock and sadness, describing Adu’s death as a personal loss to him and a major loss to the All Progressives Congress (APC) and the government of the Federal Republic of Nigeria.

He said: “He was a distinguished Nigerian, an honourable Ekiti man who through dint of hard work and determination worked his way to the top of his professional calling and left  marks of excellence on every assignment he undertook.

“He was a man of courage, character and conviction, who had a great passion for the Ekiti Project. It is indeed a painful loss. We shall surely miss him.

“May God grant him eternal rest and give his family the fortitude to bear the irreparable loss.” He stated