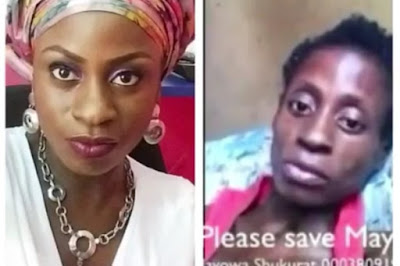 Twenty-nine-year-old Mayowa Ahmed yesterday died in a South African hospital about 10 days after her admission.

The late Mayowa’s brother tweeted news of her death on the social media yesterday.  Using his Twitter handle, @Asiwaju_Foye, he posted two tweets: “After a tough battle with Ovarian Cancer, Mayowa Ahmed of #SaveMayowa campaign has passed on; and “She tried, we tried but God’s will prevailed #RipMayowa”

Mayowa left Nigeria on August 11 to treat Stage IV Ovarian cancer after her family was cleared of fundraising scam allegations by the police,the allegations were raised by Nollywood actress Toyin Aimakhu, Aramide Kasamu of Life Stake Foundation and a  blogger, Linda Ikeji

her family had considered hospitals in the U.S., India and United Arab Emirates but settled for South Africa when other plans failed.

The family sought treatment abroad after finding it difficult to get accurate diagnosis about the late Mayowa’s ailment. The situation was compounded by her sickle cell anaemia, which made the hospitals to attribute her symptoms to Sickle cell crisis most of last year.