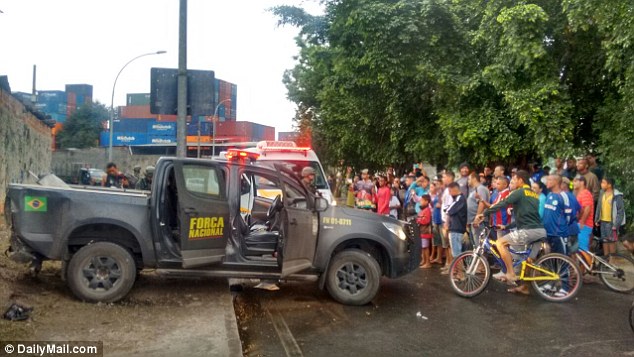 The soldier, from the elite Forca Nacional (National Force) was shot in the head as he drove a marked pickup truck into one of the city’s most dangerous shantytowns by mistake.

The soldier guarding the Olympic Games was killed and at least two of his comrades wounded when their car was sprayed with bullets after mistakenly entering a drug lord-controlled slum.

He was taken to hospital but local reports said he died of his wounds. Brazilian police and military had yet to confirm his death on Wednesday evening. 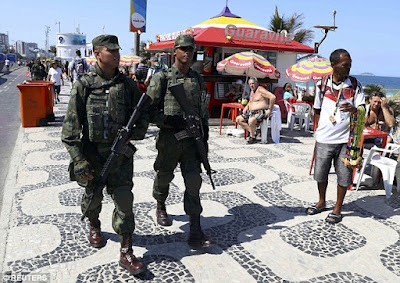 Photographs from the scene showed the aftermath of the attack on the vehicle, in the Vila do Joao favela, which is close to the city’s international airport.

Drugs gangsters who control the slum reportedly opened fire on the soldiers, at least one of them an officer, after they found themselves inside the notorious shanty town, close to Rio’s international airport.

It is believed the soldiers, who are not familiar with the city, may have mistakenly entered the slum while trying to turn around as they drove along the main expressway into Rio, known as the Yellow Line.

At least three and possibly four soldiers were hit by bullets, but Helio Vieira, who was driving, was shot in the head as gangsters sprayed their camouflaged army truck with bullets.