Brazil  national team won the men Rio Olympic Gold Medal 2016 from a penalty shootout 5-4 at the Maracana  stadium after regulation time which  ended 1-1 on Saturday night.

The Former  Barcelona  , now Paris Saint-Germain  forward Neymar Jr scored the ever perfect penalty kick to give Brazil their first ever gold medal.

Neymar  Jr scored the first goal in the 27th minute of play through free-kick which hit the cross bar and went into the goal post from 25-yard.

The first attempt goal was from Renato Augusto of Bazil in  23 minutes of play butt his strike went off to a conner narrowly miss the target.

Germany skipper Maximilian Meyer equalised the goal to make it 1-1 in  59th minutes which lead to extra time by both country.

more pictures after the cut… 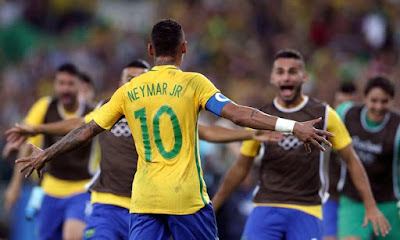 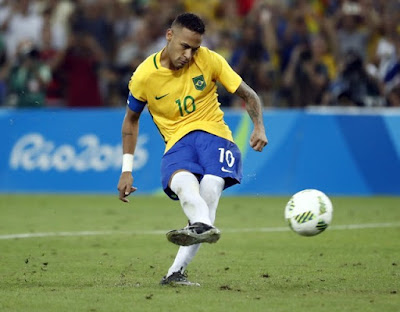