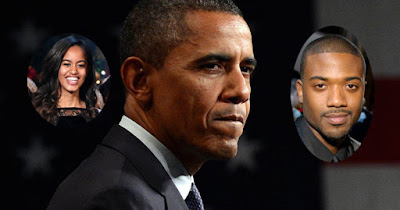 Ray J is being investigated by US Secret Service for allegedly trying to reach out to First Daughter Malia Obama via instagram DM, According to multiple online reports  Malia Obama just weeks after she turned 18 years old. Here is what is being reported online:

President Obama and the CIA’s top Internet Security team found Reality TV star Ray J trying to slide into Malia’s DM. Ray J is most known for being in a Sex Tape with Kim Kardashian and he has a reputation for sleeping with a lot of women.

The report didn’t say what Ray J was trying to talk with Malia about…but he’s engaged to be married!