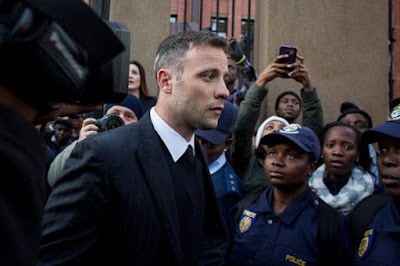 Pistorius killed his girlfriend, Reeva Steenkamp after shooting her four times through a locked bathroom door in his home on Valentine’s Day in 2013.

He received the 6-year sentence in July after a successful appeal by state prosecutors to upgrade his original conviction from culpable homicide to murder.


Prosecutors had argued that the sentence was “too lenient” for the crime he committed.

The prosecutors now have until 21 days to petition to the Supreme Court of Appeal in South Africa.

Judge Thokozile Masipa, who initially handed Pistorius the 6-year sentence said the state’s appeal to extend the six-year sentence against the 29-year-old double amputee Olympic sprinter had a limited prospect of success.

“I am not persuaded that there are reasonable prospects of success for an appeal,” she said in the South Gauteng High Court in Johannesburg.

The final decision to take the case to the Supreme Court will be decided by South Africa’s National Prosecuting Authority (NPA).

Masipa’s ruling, just like the previous one, has been kicked against by many South Africans.