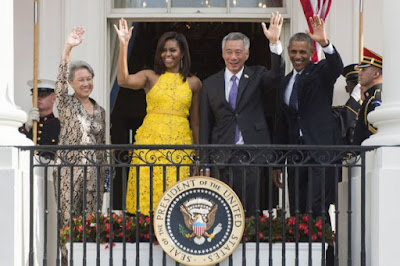 Singapore prime minister on Tuesday morning was received by  President Obama and his wife Michelle at the White House .over 2,000 guests gathered to welcome the Singapore prime minister,  Mr Lee and his wife Ho Ching were greeted by US President Barack Obama and First Lady Michelle Obama on the South Lawn of the presidential mansion.
President Obama  escorted Mr Lee to review the guard-of-honour, made up of the five branches of the US Armed Forces: the Army, Marine Corps, Navy, Air Force, and Coast Guard. The flags of the 50 US states as well as those of the overseas US territories were held aloft during the review.
Simultaneous 19-gun salute was fired overhead during Singapore’s national anthem. This was followed by the US anthem, The Star-Spangled Banner
Mr Lee said in a speech during the ceremony that Singapore’s ties with the US have remained steadfast through nine different American presidents and three Singapore prime ministers.
Mr Obama began his remarks by greeting the crowd in each of Singapore’s four official languages. He hailed the Lion City as a “solid rock partner” of the US, adding that his invitation to Mr Lee to make this official visit was a chance for the US leader to repay the warm hospitality he received during his one and only visit to Singapore back in 2009.
The two leaders later adjourned to the Oval Office for a private bilateral meeting. Mr Lee then went to the State Department for a state luncheon hosted in his honour by US Vice-President Joe Biden and Secretary of State John Kerry.
. 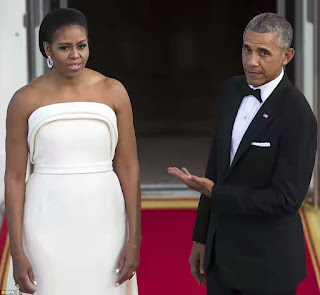 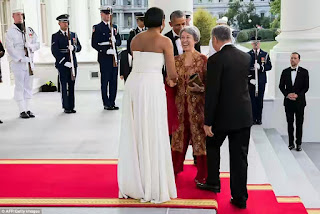