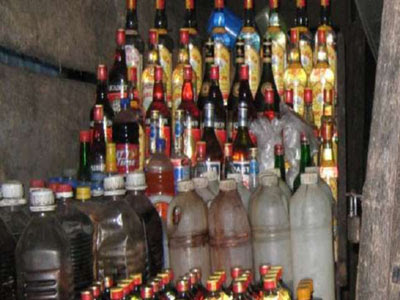 According to report, the police simply gave the names  of three of the deceased as Baba Imeko, Baba Onwenue and Easy.

Mr. Salako Taloju, who is the vendor of the liquor which is suspected to bear high concentration of ethanol has been arrested by the police.

Mr Taloju told the police, “we have been drinking together for a long time. I do not know why they have to accuse me now of killing them, I have even taken out of the liquor and nothing happened.”

He noted that he could not report the incident to his boss,   fearing likely consequences for ignoring repeated warning to shun local liquor.