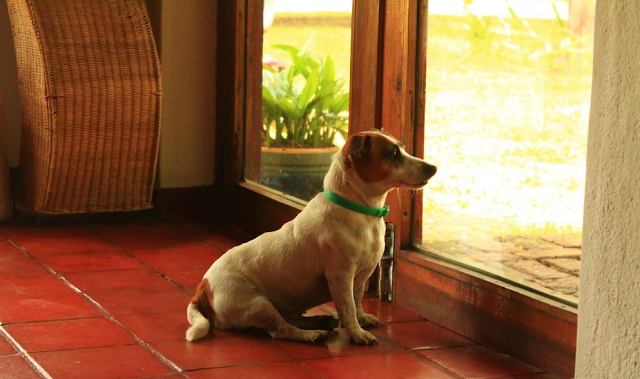 The Police in Ogun state has arrested a 30-year-old trader, Joe Fortmose Chinakwe, for naming his dog “Buhari”.

A neighbour lodged a complaint at the Sango Police State that Chinakwe named the dog after his (neighbour’s) father, Alhaji Buhari.

The report stated that Chinakwe, who lives at No. 10 Omikunle Street, Sango-Ota, was arrested last Saturday after the complaint. The report added that efforts to secure bail for the suspect were abortive.

A relation to the suspect who identified himself as Chiedozie told Vanguard that the case has been transferred from Sango Police Station to the Ogun State Police Command Headquarters at Eleweran.

Chiedozie said that his brother was being persecuted for no just cause, adding that he is afraid he may be poisoned in the cell or be thrown into prison.

“Chinakwe is a lover of dogs and he names them after things that tickle him. He bought this dog a year ago and named it Buhari.

Unfortunately, some Northerners, who dominate the vicinity where he resides misconstrued his intention and connived to take him up.

The complainant then claimed it was derogatory because his father answers Buhari,” Chiedozie said.

Vanguard reports that the suspect, had allegedly directed his friends to kill the dog, so as to avoid being implicated.

I have made enquiries. The man bought a dog and inscribed Buhari on both sides of its body. One Mallam lodged a complaint and when our men got there, we found out that it was true. You know such thing can cause serious breach of the peace and ethnic or religious unrest. We are charging him to court for conduct likely to cause a breach of peace.

He was arrested last Saturday and we are taking him to court later today (Tuesday) or tomorrow morning (Wednesday). You know an average Northerner will feel bad over such a thing. It can cause serious ethnic crisis or religious confrontation because when you are relegating such a name to a certain person, you are indirectly insulting him.

Oyeyemi said that Chinakwe will be used as evidence in court because he did not deny inscribing “Buhari” on both sides of his dog.