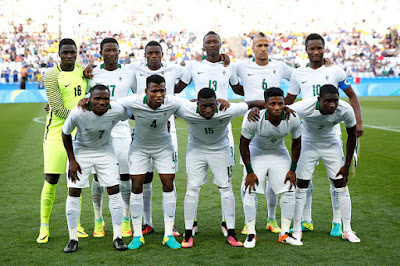 The First goal was scored by Lukas Kostermann in the early hour of the match first half, while Nils Pietersen finished off the African U-23 champions late on.

The opening goal came soon after when Lukas Klostermann tapped in from an inventive move that carved the Nigerian defence open. The defender was left unmarked in front of an unguarded net.

In the 31st minute, Mikel Obi left two Germany defenders on the floor with deft feints but his shot from inside the box was blocked.