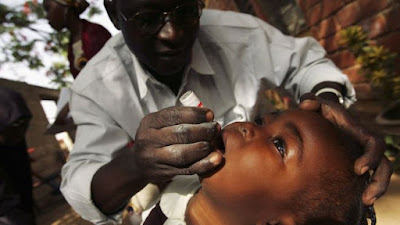 According to BCC report, The government said polio paralysed two children in Borno state, a part of Nigeria where Boko Haram militants have hindered health campaigns.

The cases were confirmed exactly two years after Africa’s last previous case – in the Puntland region of Somalia, on 11 August 2014.

The Nigerian authorities, along with experts from the World Health Organization (WHO), are currently investigating the situation to find out where the virus has spread.

According to the Health Minister Isaac Adewole, said one million children would be immunized in the affected areas in Borno and a further four million will also be targeted in neighbouring states.

The priority was to “boost immunity” and “ensure that no more children are affected by this terrible disease”.

Militant Islamist Boko Haram insurgency in north-east Nigeria has made some areas of Borno hard to access in recent years.”the Minister said”.