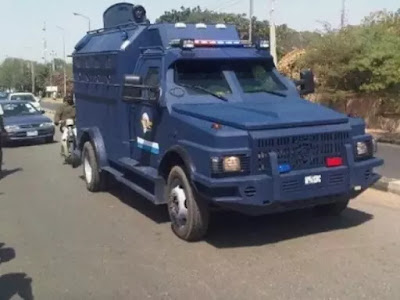 Two Nigeria mobile policemen were killed in the early hours of Tuesday at Hawan Kibo along Jos – Abuja road as armed robbers attacked a convoy of bullion vans belonging to the Central Bank of Nigeria.

The bullion vans and their retinue of armed mobile policemen escorts had left Jos Tuesday morning enroute Abuja,after a military check point, along Hawan Kibo, the robbers, wearing military uniforms, emerged from a bush and attacked a patrol team belonging to the Plateau State security outfit, “Operation Rainbow”, attached to Riyom local government, killing a mobile policeman on the spot.

The robbers engaged the escort in a shootout, leading to the death of the another mobile policeman identified as Sgt. Anthony Jawa, from Mobile Police Squad (MOPOL) 8, Jos.

Police Public Relations Officer, ASP Tyopev Terna, who confirmed the incident said he was yet to receive the full report from the Riyom Divisional Police station. He said that some policemen were killed, but did not know the number