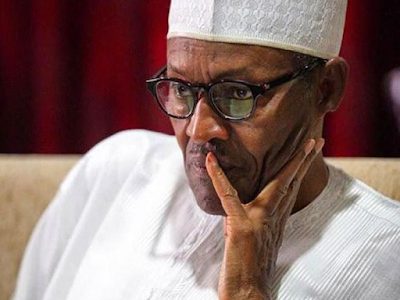 The National Christian Elders Forum NCEF which is an affiliate body of the Christian Association of Nieria CAN, yesterday expressed worry over the fact that more Muslims occupy positions in the Security and Intelligence committee of the Federal government. In a statement signed by the NCEF Chairman, Solomon Asemota and released yesterday, the group alleged that Nigeria is an Islamic state which is contrary to Section 10 of the Nigerian constitution. The Elders in their statement expressed worries over the recent attacks meted on Christians in most parts in the North.

There is a bill now pending before the National Assembly, titled “NGO Regulatory Bill” intended to silence NGO’s including the Christian Association of Nigeria (CAN). It is not in dispute that Nigeria is an Islamic State contrary to Section 10 of the Constitution. What is in dispute is whether Nigeria is ruled by mainstream Muslims or by Islamist Jihadists.We plead with the Sultan to appreciate that Nigeria is safer and more peaceful when the Government of the Federation or of a State does not adopt any religion as State Religion. It is as a result of the understanding (or lack of it) of civilized Jihad that we are apprehensive of those in the “Security and Intelligence Committee” of the Federal Government by some unexplained reasons are mainly Muslims. President Buhari, (Muslim), Chief of Defense (Christian), Chief of Army Staff, Chief of air Staff, Minister of Defense, Minister of Internal Affairs, Inspector General of Police, National Security Adviser, Director General of DSS are all Muslims from the North. We are not too sure whether the Vice President is a member of this Committee following information that he was once excluded from the meeting the President called.When the Vice President summoned the same meeting in the absence of President Buhari who was away in the UK, there was resistance and the meeting had to end abruptly. The conclusion which we, Christians, draw is that jihad is being committed against our country, Nigeria, especially when the cohesive instrument of state is in the hands of three ethnic nationalities and one religion. This enlists fear in the minds of the populace, especially Christians”the elders said.They also condemned the recent arrest and arraignment of Joachim Chinakwe Iroko for naming his dog Buhari.  “Chinakwe was picked up again based on Police belief that the suspect’s action was capable of provoking an ethno-religious crisis. Because the complainant and his group have threatened to kill him if he comes back and this may happen.If Nigeria is being run as a secular State, the Constitution in Sections 10, 37, and 38 guarantees right of private and family life, freedom of Thought, Conscience and Religion that should protect Joe Chinakwe and the Complainant would have been arrested but because Nigeria is an Islamic State, Joe Chinakwe has to face trial in the process promoting; the most effective way to get rid of critics is to instill fear in ordinary Nigerians,” the statement said.