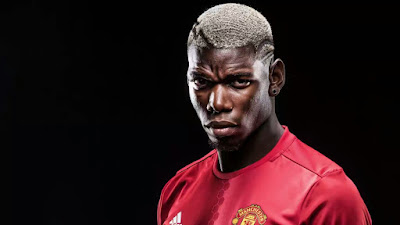 The Football Association has revealed Paul Pogba is suspended for Manchester United’s opening Premier League game of the season against Bournemouth on Sunday.The midfielder joined United from Juventus for £89m in the early hours of Tuesday morning and there had been speculation he could make his debut against the Cherries despite taking a holiday in the United States following France’s Euro 2016 final defeat to Portugal and only starting pre-season training this week
.However, his name has appeared on a list of four players tweeted out by the FA as suspended for this weekend’s fixtures, including his United team-mate Chris Smalling.The ban relates to two yellow cards issued in last season’s Coppa Italia. The second card came in the final, which was his last game for Juventus.Pogba’s United debut is now likely to be against Southampton at Old Trafford next Friday.
Advertisements
SPORT NEWS