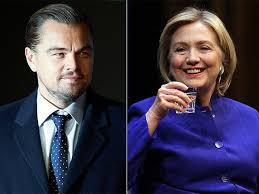 Top Hollywood actor Leonardo DiCaprio will host a lunch time fund-raiser for Democratic party presidential nominee Hillary Clinton with attendance to the fund-raiser costing a mind boggling $33,400 per person, according to Variety magazine.
According to the magazine, the star-studded event is billed for August 23 and has been titled “Conversation with Hillary” and invites were recently sent out. 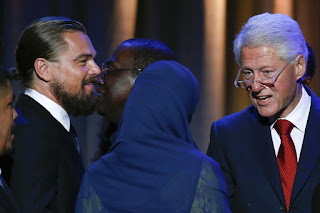 Only $2,700 from the event will go to Hillary Clinton’s campaign. The remainder of the money will go to the Democratic National Committee and to state and local parties.
DiCaprio has attended Clinton fundraisers before, most recently in June, when he joined Jennifer Lopez and Sarah Jessica Parker at an event held at Harvey Weinstein’s New York home.
Last July he also contributed $2,700 to Clinton’s campaign, the highest donation allowed during the primary 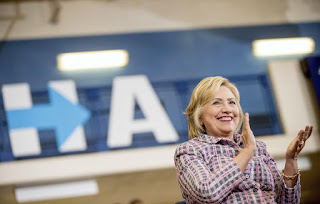