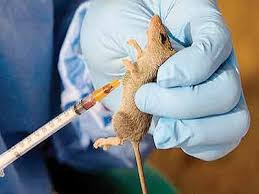 There is another new cases of Lassa fever in Anambra state.

According to Dr. Emmanuel Okafor, the Director of Public Health, Anambra Ministry of Health, on Thursday confirmed the death of a medical doctor and two others.

The director confirmed the report at one-day workshop on Lassa fever organised by the ministry to sensitise health professionals in the state on the disease in Awka.

Okafor said that the workshop was aimed at training the health professionals who would go to the grassroots to educate the people on the prevention of the disease.

“In Anambra we don’t know the number of cases of the disease but we have three confirmed deaths,” he said.

Okafor said the state government had put in place proactive measures to handle the scourge.

Dr. Jane Ezeonu,  a resource person at the workshop, first broke the news of the death of the doctor and the two other persons.

She said that the late medical doctor was referred to NAUTH from Asaba, Delta state.

Ezeonu stressed the need for adequate prevention mechanism to be taken on the issue.

The doctor warned people against drinking raw garri (cassava flour), advising residents to ensure protection of their food and related items from rats.

Also speaking at the occasion, Dr. Okwuchukwu Chukwuka, Permanent Secretary, in the ministry, said there was no epidemic of the disease in the state.

Chukwuka, who represented the Commissioner for Health, Dr. Josephat Akabuike, said the workshop was part of the proactive measures adopted by the state government.

“It is a training workshop for health professionals in the 21 local government areas of the state who would sensitise and disseminate information about Lassa fever to the grassroots.

We are having the workshop for prevention, not that we have an epidemic in the state,” Chukwuka said.