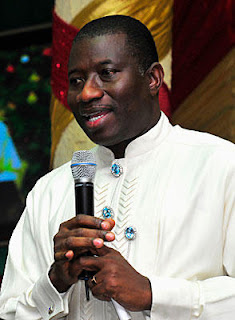 Accordly to AU’s website on Monday, August 1,2016 it was stated that Goodluck Ebele Jonathan would be leading members of the short term mission to join the continental body’s deployment of long term election experts who are already on ground in Zambia.

The statement is adumbrated below….

“The Chairperson of the AUC has approved the deployment of African Union Elections Observation Mission, AUEOM, to the General Elections scheduled to place in the Republic of Zambia on October 11, 2016.

“The deployment of the AUEOM will take place in two phases. The first phase comprise the deployment of long term election experts and took place from July 14 to August 22, 2016 and it is made up of 10 observers. “For the first time, the AU long term experts include election/ legal political/media/campaign analysts.

“The objective is ensure that the AUEOM approaches its work with added professionalism and factual analysis of the legal, political, electoral, media and campaign aspects of the electoral process in Zambia.

“At the second phase of the Mission, the long term experts will to be joined by Short Term observers from the August 1 to 15, 2016. “The Short Term Mission will be headed by Goodluck Jonathan, former President of the Federal Republic of Nigeria.

“The AUEOM draws its mandate from various African Union instruments, most importantly: (a) the AU Guidelines for Elections Observation and Monitoring Missions, 2002; (b) the OUA/AU Declaration on Principles Governing Democratic Elections in Africa, 2002; African Charter on Human and Peoples Rights, 1981, and (c) African Charter on Democracy, Elections and Governance, 200), among others.

“The Mission is (a) to provide an accurate and impartial reporting or assessment of the quality of the 25th October General Elections in the United Republic of Tanzania, including the degree to which the conduct of the elections meets regional, continental and international standards for democratic elections; (b) to offer recommendations for improvement of future elections based on the findings; and, and (c) to demonstrate AU’s interest to support Tanzania’s elections and democratisation process to ensure that the conduct of genuine elections contributes to the consolidation of democratic governance, peace and stability in Tanzania in particular and the East African sub-region in general.”