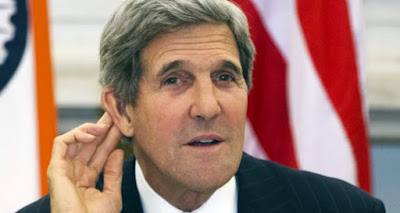 The first meeting that he had was with the Sultan of Sokoto, who is the supreme leader of the Fulani Caliphate, the spiritual leader of all the Muslims of the north and the man who said, only last week, that “Christians commit wicked acts and crimes against humanity” and that “the wearing of the hijab is the right of every Muslim”.