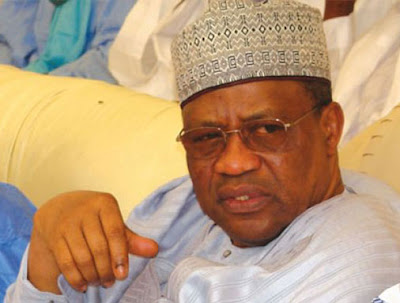 Former military president, General Ibrahim Babangida,  Popularly called the” Maradona”has called for a part time legislature in order to cut the cost of governance in the country.

Babangida made this call on Tuesday while addressing newsmen at an event to mark his 75th birthday‎ in Minna.

He said‎ although, a proposal by his regime to make the National Assembly part time in 1989 never came to fruition, he still strongly believed in it.

“In 1989, we proposed that the National Assembly should be made part time and I still believe if I have the opportunity, I will make it part time. I strongly believe in it and it is all in the effort to reduce the high cost of governance‎ and I know I may be in trouble for suggesting part time legislature,” he said

On how he felt on hearing the rumour of his death in the media, the former military leader said that he was not surprised as it was not new.

“The first thing that came to my mind‎ was that it is not new; they did it to Nnamdi Azikiwe, they did it to Shehu Shagari and other elder statesmen, so it’s not a surprise. As a Muslim, whether I like it or not I must die someday and so they are just stating the obvious but nobody knows the‎ time or place that It will happen,” he added.

Babangida also stated that he was not the evil most people thought he had been, explaining that by virtue of his profession, he was bound to be misconstrued.

“I am not the evil quite a lot of you think that I am and I can understand that by virtue of the job I was doing, I was bound to be misunderstood. But I consider it all as an opinion and it is one of those things you have to live with but as long as I am not what you thought I was, I feel very much satisfied‎,” he added.

In a message he personally signed, the President also commended IBB for his commitment to the unity and indivisibility of Nigeria.

It reads: “On behalf of myself, my family, the government and people of Nigeria, I wish to heartily congratulate you on the milestone of attaining 75 years.

“I equally wish to congratulate you on your service to the country, and your commitment to oneness and indivisibility of the Federal Republic of Nigeria.

“There is hardly any major episode in Nigeria’s short history where your name and contribution does not feature.

“On this special occasion, I pray that Almighty Allah grants you many more years to see Nigeria grow and develop beyond all of our wildest dreams,” It stated.