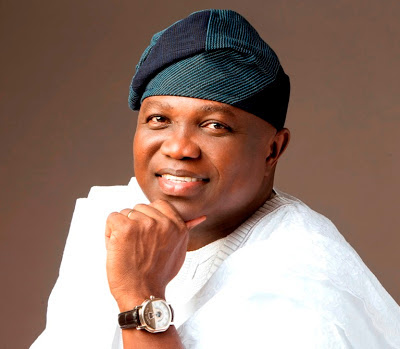 The Executive Governor of Lagos State, Mr. Akinwunmi Ambode said on Monday 15th August,2016 that  the hosting right of the 2016 All Africa Music Awards (AFRIMA) by the State has further confirmed the fact that Lagos is now the cornerstone for driving African arts and culture.

Governor Ambode expressed excitement at the development and accepted the hosting right, saying that it was in sync with his passion of using tourism, hospitality, entertainment, arts and sports to promote excellence.

“I want to thank the African Union and the organizers of the All Africa Music Awards for finding it worthy to once again pick Lagos as the host city. We are very glad that Lagos has become more or less the cornerstone for driving the African arts and culture.

I must say that even though this is the third time that Lagos is hosting it, but this is the very first time that the Lagos State Government will be practically involved and that goes to show that there is a convergence of vision between what the African Union stands for and what this particular administration stands for also.

“We are big promoters of our culture; we believe so much in heritage; we believe also that the creative part of the African identity is yet to be tapped and obviously, we need to intervene in some of the things that are being done individually to be able to put things together so that we can together drive the African identity and that is why it is a no brainier for us as a government to actually say that we are going to participate in this,”.

“One of our vision is actually to promote our heritage and one of our programmes in the course of the electioneering was “Project THESE. We believe strongly that we can use Tourism, Hospitality, Entertainment and Arts and Sports to actually promote excellence. We believe we are the next face of Africa and we think that the hub of entertainment should actually reside in Lagos and so we will do everything to promote our artists, to promote our producers and even those that are upcoming.”

Akinwunmi Ambode said he believes that talents abound in Africa, which, according to him, informed why his administration had been working hard to promote the African artists, adding that talents must be supported and assisted not to die, so that they can use their talents to push Africa to her rightful place.

“We want to thank you (Governor Ambode) for always being on the side of artists and on the side of the African continent in the development of the culture and creative industries of the continent,”

Lagos State’s Commissioner for Information and Strategy, Mr. Steve Ayorinde said the hosting right of AFRIMA further attests to the commitment of Governor Ambode to promote culture, arts and tourism.