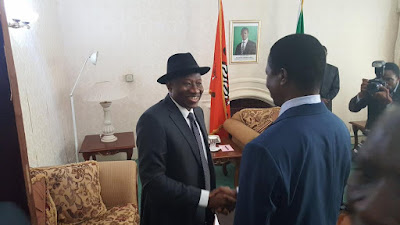 Former President Jonathan today met with Zambian presidential candidates, Felix Mutati of MMD party and incumbent president Edgar Lungu of the Patriotic party. He preached peace to both men and advised they accept the outcome of the election which is slated for Thursday August 11th.
Former President Goodluck Jonathan, has said politicians who care only about themselves should quit politics and go into personal business. According to a statement by his media aide, Ikechukwu Eze, Jonathan said this while speaking at a press briefing in Lusaka, Zambia where he is serving as the head of the African Union election observer for the Zambian presidential election.

“Politicians going in for elective positions should be open-minded about the outcome because they can either win or lose. Politicians who want to play meaningful roles in governance should realize that it is not about them. Those who care only about themselves should quit politics and begin to manage personal businesses. Our states are not private enterprises. You cannot be interested in governance without sufficient interest in the affairs of the people. So the interest of the country should come first as politicians tick their priority boxes. This also requires politicians to accept the outcome of genuine elections because of the interest of the people. You cannot instigate violence and mayhem on the one hand and pretend that you are fighting for the people on the other. It does not make any sense to get involved in bloodshed, destroy properties, frustrate businesses and collapse the economy in order to win elections. Our advice is to put public interest above other expectations by accepting the results of elections”he said 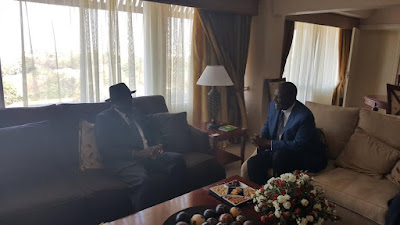 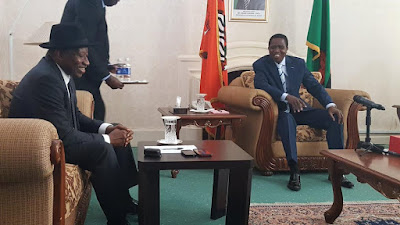 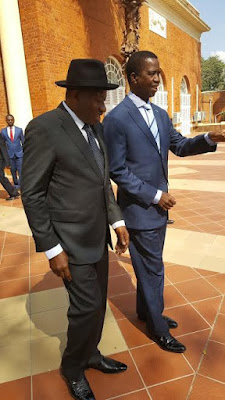 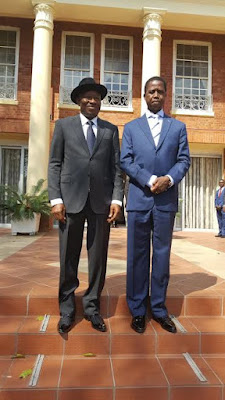 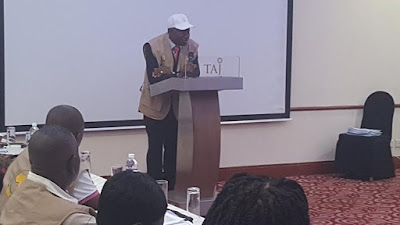