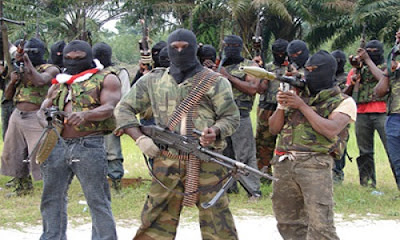 Former president Goodluck Jonathan has denied having anything to do with the Niger Delta Avengers (NDA).

Despite his denial, ex-President Goodluck Jonathan has been allegedly fingered in the formation and activities of the Niger Delta Avengers (NDA).

Jonathan spoke through his media aide, Ikechukwu Eze said he names of those listed as alleged sponsors and supporters of NDA suggested a political agenda.For doubt, we are fully convinced that such an idiotic claim is too cheap a narrative, a facile contrivance so badly concocted that any discerning mind would easily see through its disingenuous and duplicitous nature.”

According to Ikechukwu Eze “Since it is not in our place to speak for all those named in the obvious fabrication, we are only intervening to the extent that its hidden intent poses a violent threat to the life of former President Dr. Goodluck Ebele Jonathan, GCFR, a committed patriot who the Almighty God has given the grace and good health to rededicate his life to the service of humanity, after serving his dear nation as President to the best of his
abilities.

“We are also not bothered by this baseless accusation, contented that we are not the only ones conversant with Jonathan’s widely-acknowledged sincere disposition to peace, non-violence and better human community.

“We are however seized by the feeling of déjà vu occasioned by the resurrection of one dim character masquerading as ‘Cynthia White’, who had in the past served as the spokesperson for a notorious group that had all along shown its hand to be going after the life of Dr. Goodluck Ebele Jonathan.

“Nigerians could recall that in 2007 when Jonathan emerged as the running mate to the late President Umar’ Yar’Adua in the People’s Democratic Party during that year’s presidential election, this very group invaded Yenagoa with hundreds of militants in an effort to assassinate him.
“Jonathan was only saved then by the spirited efforts of the combined forces of determined security men, who gallantly repelled the attack.”