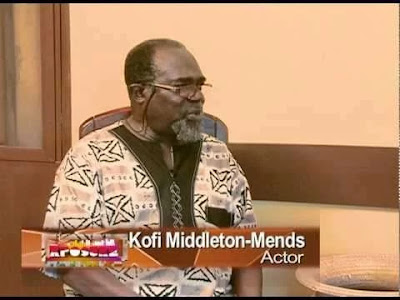 The actor, is known for his role in his catch phrase, “Sarah, my socks” and television commercial for Key Soap  Grey Dawn (2015) and No Tears for Ananse(1968). He played a major role in a 1988 drama film “Heritage…Africa”

The movie which talks about a successful black civil servant’s quest for increased power and status precipitates an identity crisis boasted his career.