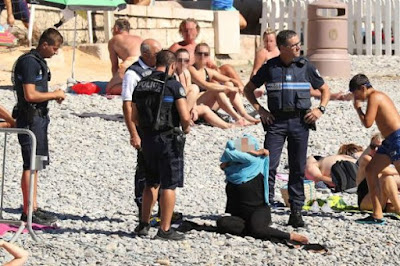 France’s highest administrative court on Friday suspended a ban on full-body ‘burkini’ swimsuits, that was imposed in the town of Villeneuve-Loubet, REUTERS reports.

The ban, which had outraged Muslims and opened divisions within the government, was suspended, pending a definitive ruling.

The Conseil d’Etat said the ban “seriously and clearly illegally breached fundamental freedoms to come and go, freedom of beliefs and individual freedom”.

The ruling could set a precedent for up to 30 other towns that have imposed the ban. The court will make a final decision on the legality of the bans later.

The ruling follows a request from the League of Human Rights to overturn the ‘burkini ban’.

A lawyer outside court said that people who had been fined could claim their money back.

The ban has ignited fierce debate in France and worldwide.

According to BBC, Opinions polls suggested most French people backed the bans, which town mayors said were protecting public order and secularism.

Muslims said they were being targeted unfairly.

French police had earlier in the week, fined a woman $42 for wearing a burkini at the beach. They also ordered that she removed the swimwear. Read it here.