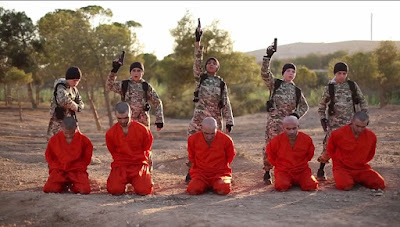 A chilling new video from ISIS shows a British boy and four other young children executing prisoners in cold blood in Syria. The grotesque nine-minute video was supposedly recorded recently in the ISIS capital of Raqqa, in Syria. The video shows five boys – believed to be from Britain, Egypt, Turkey, Tunisia and Uzbekistan, holding handguns and wearing the desert camouflage.One of the boys screamed something in Arabic and slapped one of the terrified captives who was kneeling down in front of him, on his shaved head before they raised their guns and killed the five men, ‘atheist’ Kurdish fighters who were captured during a battle. 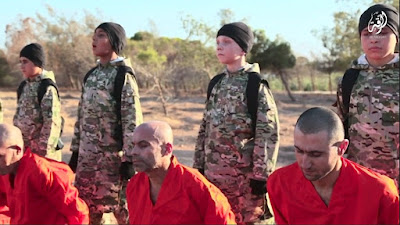 According to The Sun, the British boy was identified only as Abu Abdullah al-Britani. He is white, blue-eyed and about 12 years old.Abu means ‘Son of’ in Arabic, which suggests the boy may be the son of Abdullah al-Britani, a young British jihadist who got married in Syria and was killed in a drone strike.The Times reports that one of the boys said in Arabic: 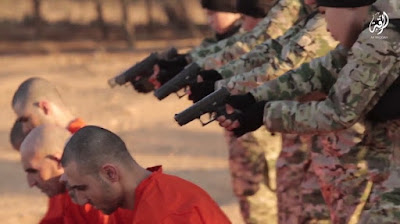 ‘No one can save the Kurds even with the support of America, France, Britain, Germany, the devils in hell.’ He then calls for the takbir and the other boys shout in unison – Allahu Akbar (God is Great) before raising their pistols to the sky and shooting the prisoners. Their bodies are later shown with bullet wounds to their heads.The age of criminal responsibility in Britain is 10 years, so if the boy is captured and sent back to Britain to face justice he could be prosecuted for murder.Source: The Sun/Daily Mail