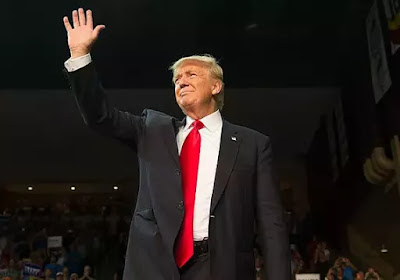 Donald Trump has hired a new manager and CEO.
Pollster Kellyanne Conway becomes campaign manager and Stephen Bannon of Breitbart News the CEO.Paul Manafort remains as campaign chairman.
Stephen Bannon, executive chairman of Breitbart News LLC, an outspoken Trump supporter and a former Goldman Sachs banker, will assume the new position of campaign chief executive.
Republican presidential candidate, has overhauled his election campaign team for the second time in two months, bringing in a new manager and CEO, Trump told Associated Press the new leaders were “terrific people, they’re champs.”
The Republican candidate has seen his poll ratings slip since the party conventions last month.
Trump’s campaign has fallen further behind Democrat Hillary Clinton in most national and battleground-state polls in recent days, and some Republicans had been hoping for a course adjustment before the traditional Labor Day kickoff of the general-election race.
“I want to win,” Trump said in an interview Tuesday night in which he disclosed his hires. “That’s why I’m bringing on fantastic people who know how to win and love to win.”
It isn’t entirely clear what changes the new management will bring, though they are expected to ramp up digital and advertising efforts.
Trump said he would begin “substantial advertising” this Friday. “Hillary Clinton has spent $100 million on ads, and I’ve spent nothing,” Mr. Trump said. “But I’ve raised a lot of money and put in my own money, and now I’m going to start ads in three days.”
In addition, the new team is likely to beef up campaign work in polling and analytics.
Donald Trump, trails Democratic Party candidate, Hillary Clinton, both nationally and in key battleground states.
Advertisements
foreign news