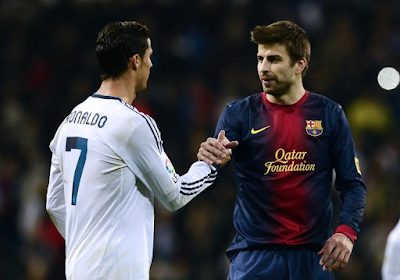 Gerard Pique early this week trolled Real Madrid and Cristiano Ronaldo as he felt Real Madrid’s Champions League win last season was due to playing some “easy” teams in the run up to the final. When Pique, was asked in a Twitter Question and Answer session; “what kind of draw do you want in this year’s Champions League? Shakira’s husband response was:

“An easy group stage, Italy’s 3rd in the round of 16 (Roma), Germany’s 8th in the quarters (Wolfsburg), England’s 4th in semis (Manchester City) and the return leg always at home.”

These were the clubs Real Madrid played against at the group stage last year.

After Cristiano Ronaldo was voted the best player in Europe So on Thursday evening,, he was asked about Pique’s dig at him and the club and he smartly replied;

“Well, I’m not going to answer,’ he told the El Larguero radio show. ‘What I can say to Pique is that he can see my tweet (with a) very pretty photo” 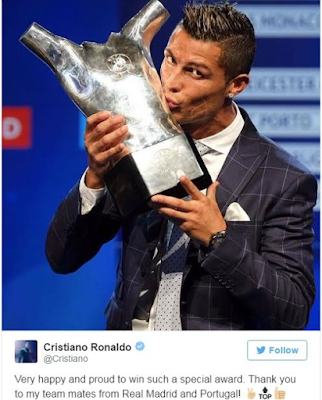