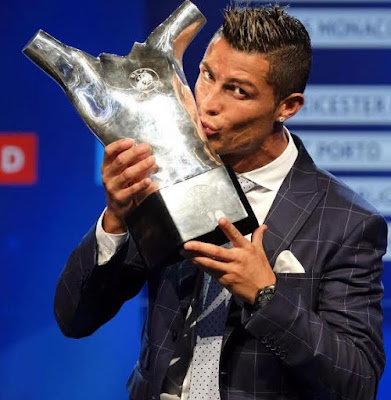 Cristiano Ronaldo was key player that  helped Real Madrid win the Uefa champions League and was a major player as Portugal beat so many top European countries touted as favorites to win the EURO cup.
Posting a photo of him carrying the award on Instagram, he wrote ”Very happy and proud to win such a special award. Thank you to my team mates from Real Madrid and Portuga
Advertisements
SPORT NEWS