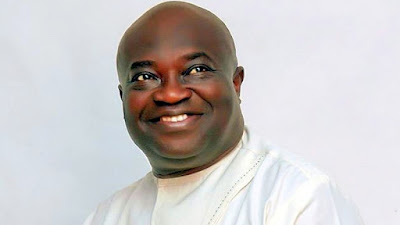 The Court of Appeal in Abuja on Thursday upheld the election of Dr. Okezie Ikpeazu as governor of Abia.

The court, presided over by Justice Okon Abang, on Monday June 27 annulled Mr. Ikpeazu’s election as governor after convicting him of tax evasion.

The court also ordered the Independent National Electoral Commission, INEC, to issue a certificate of return to Samson Ogah, who contested the governorship ticket with the governor.

Okezie Ikpeazu took appeal against the Judgement ,Justice Morenikeji Ogunwumiju led four other Justices of the appellate court to unanimously set aside the June 27 decision of the Federal High Court which sacked Ikpeazu from office.

The Court of Appeal delivered judgments on six appeals filed by interested parties in the governorship tussle.

Ikpeazu had challenged his removal on account of an allegation of falsification of his tax papers.

The governor joined Uche Ogah, the judgment creditor, PDP, INEC and Friday Nwosu as the respondents.

Ogunwumiju held that the trial court erred and his decision was pre-judicial.

She also held that it was wrong for the plaintiff to have approached the trial court with an originating summons without affidavit evidence.

“The appeal has sought the leave of court to decide whether the court was right to have based its decision on suit that was brought by way of originating procedure.

As for us here, the suit should have been by way of a writ of summons as it required affidavit evidence to proof a criminal allegation of tax falsification.

The trial court was hostile and pre-judicial as the judge shifted the burden of proof from the plaintiffs to the defendant (Ikpeazu),” she said.

Ogunwumiju further held that no cause of action was established when the suit was instituted.

She said Nwosu, one of the candidates at the December, 2014 primaries of the party had filed his suit before Ikpeazu’s name was submitted to INEC as PDP governorship Candidate.

“In fact the allegation should have come before the governorship election being a pre-election matter.

Looking at the substance of the case, the appellant was not to blame for any error noticed in the tax certificate submitted to election body.

The information has not established any grounds to show that the governor used it to gain advantage on the rest contestants,” she said.

Ogunwumiju said: “the worrisome aspect of the trial decision was that the judge imported words into the PDP guidelines to gain appropriate grip on the appellant”.

“It is my opinion that Justice Okon Abang sat in his Chamber to speculate what Ikpeazu earned while he served as a Civil Servant in Abia State.

The annoying part is that, he went further to bar the Director of Abia State Revenue Authority, James Okogie, from giving evidence, describing the move as an afterthought.

This can simply be described as an abortion of justice as the governor was not giving fair hearing to defending himself.

In the light of the above, the decision of the trial court dated June 27 is set aside along with the consequential order.

By this, we mean Ikpeazu is returned as governor of Abia State,” she held.

“Justice Abang failed to act in line with the doctrine of ‘stari decisis’. He was compelled to transfer the record of the case to the Court of Appeal for determination the moment he was notified of the pending appeal,” Philomina said.

The judge had on July 8 insisted that he had jurisdiction to hear a motion for stay of execution of his earlier judgments delivered even after the appeals against the judgments had been entered.

Ekpe also held that the trial court wrongly interpreted the provisions of Order 4(10) and (11) of the Court of Appeal rules in that circumstance.

“The trial judge should have been aware that he lacked jurisdictions to interpret the provisions of the Court of Appeal being the rules of a superior court,” she said.

NAN reports that the other appeals filed by Obasi Mba, Nwosu, Chukwuemeka Mba were all decided in favour of the governor with N100, 000 each to also be paid by them.

NAN report that the PDP’s appeal was decided in favour of the party with Ikpeazu a benefiting party.