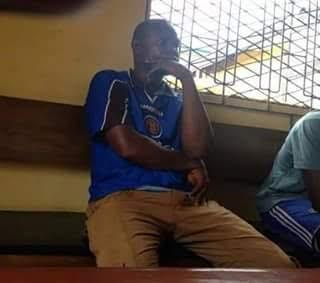 Chinakwe Joachim Iroko who was arrested on August 13th and arraigned before a Sango Magistrate court for naming his dog Buhari has fulfilled his bail condition and has been released from Prison custody. The court in its ruling on August 22nd granted him bail in the sum of N50,000 with two sureties.
Advertisements
news