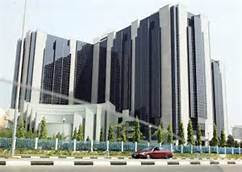 Most affected banks on Wednesday clarified their positions on the suspension from the foreign exchange market transaction by the Central Bank of Nigeria (CBN) over alleged non-remittance of the NNPC dollar deposits.

The affected banks expressed their stance in statements and e-mails to customers on Wednesday in Lagos.

The banks include the FirstBank Ltd., Fidelity Bank, Keystone Bank and Heritage Bank.

FirstBank in a statement, said that the referenced NNPC dollar accounts were fully disclosed to the CBN.

It said that accounts were being operated in line with the regulatory requirements.

The bank also said that tripartite documented discussions had been ongoing between the CBN, NNPC and the bank on the need for domestic retention of those balances.

It said that was as part of measures to ameliorate challenges posed by the lack of FX availability, and customers’ inability to source FX to fund their trade finance obligations to the bank.

The bank reassured all its stakeholders that the issue was not a function of concealment or willful non-compliance by the bank.

“We are confident in our ability to meet and honour all our obligations as and when due and are currently in talks with the CBN and other relevant bodies and are positive of an amicable resolution soonest,” said the bank.

Also, Fidelity Bank said it had repaid over $288 million of those funds in line with the advised repayment schedule.

“We will like to clarify that these deposits were duly reported to the CBN by Fidelity Bank in line with the extant TSA requirements contrary to the erroneous view in certain media reports that the funds were concealed from the regulators.

At the commencement of the Treasury Single Account (TSA) in 2015, Fidelity bank advised NNPC and the regulators with a schedule of repayment for the NNPC/NLNG dividend dollar deposits.

Please note that you can continue to operate your domiciliary account with Fidelity and this development will not affect your deposits/loans (local and foreign currency), remittances, transactional services and electronic banking services.

Although the market condition remains quite challenging, we will continue to honour our obligations and operate with the highest level of corporate governance,” the bank said.

The bank said in the interim that it was engaging with the other eight banks involved, stakeholders and the regulators to resolve the issue quickly and ensure its return to the FX market.

Keystone Bank, also in a statement signed by the management, said it had engaged in efforts that were geared towards very timely resolution.

It said the bank understood the importance of sourcing foreign exchange for its customers’ needs to support economic growth.

The bank said that the development did not adversely affect customers’ existing transactions with it except that there would be constraints in establishing new letters of credit until the issue was resolved.

Meanwhile, Heritage Bank said that the CBN’s announcement of temporary suspension was a systemic challenge to the banking industry that cut across most banks.

It said that the bank would continue to treat forex transfer, remittance from domiciliary accounts, establishment of non-valid for FX form Ms and establishment of Letter of Credit (LoC) on the bank’s offshore lines.

Meanwhile, CBN has re-admitted the United Bank for Africa (UBA) Plc into the Foreign Exchange Market effective from Thursday.

This is contained in a statement signed by the Director, Banking Supervision, Tokunbo Martins in Abuja on Wednesday.

According to it, UBA had returned all outstanding unremitted Nigerian National Petroleum Corporation/Nigeria Liquefied Natural Gas (NNPC/NLNG) foreign currency in its possession.

“Further to the directive of the CBN to all Deposit Money Banks (DMBs) to return all outstanding unremitted NNPC/NLNG foreign currency, this is to confirm that UBA has remitted all outstanding NNPC/NLNG deposits in its possession to NNPC’s Treasury Single Account (TSA) at the CBN,” the statement read.