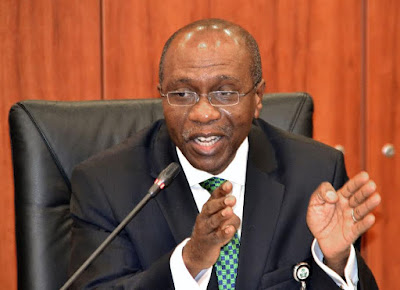 The Central Bank of Nigeria, CBN, has directed all bankers in the 19 deposit banks in the country to declare their assets immediately. In a letter sent to all the banks through the Banking Supervision Department of the CBN, the apex bank mandated all bankers to declare their assets through a court affidavit. Insiders say the move is not unconnected with the anti-corruption campaign of this present administration. Only 3 of the 19 deposit banks have so far had their staff comply with this directive.

A senior manager of a tier one lender, who asked not to be named, said the bank’s management had instructed that the asset declaration by employees  would be done in phases with staff from the position of managers and above being the first to fill the forms, to be followed by junior employees. He said:
Quote
“I have seen the forms, although I’m yet to fill them. But I will do so before Friday this week as we were given only a week to complete and submit them.”

Similarly, a middle level staff of another tier one bank confirmed that every employee, including cleaners, has been directed to fill and return the asset declaration forms.
Quote
“I’m yet to collect my forms, but the management has said that everyone is expected to fill and return them. Even cleaners are not exempted. We don’t know the reason for the directive, but of course we have no choice but to comply. I suspect that it must be related to what is happening in the wider economy,”
the bank official told us

A bank source familiar with the issue revealed that the asset declaration by bank employees was an initiative of the Independent Corrupt Practices and Other Related Offences Commission (ICPC). According to him, the CBN was only acting at the behest of the Commission. The source further disclosed that he doubted if many bank employees would be able to comply with the directive, as there were issues with the format of the asset declaration forms prepared by the ICPC.

“The forms cannot be completed electronically and they are up to nine pages long. They also contain the names of some defunct banks. Besides, the ICPC had stated that the completed forms must get to it by June 30 and I don’t think any bank was able to meet that deadline.”

Commenting on concerns expressed in some quarters about whether it was legal for the Federal Government to mandate citizens working in the private sector to declare their assets, a legal practitioner, Mr. Patrick Halim, told us  that the action was backed by the Bank Employees Declaration of Assets Act, which was enacted in 1986, but incorporated under the laws of the Federation 2004.”