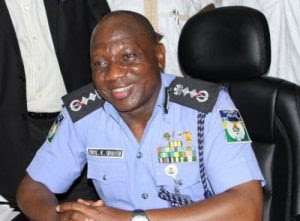 Last Friday during a visit to the Presidential Villa, Dogara said budget padding was not an offence.

I have been in the legislature for years, he had never heard of where lawmakers were accused of padding the budget.

Abdulmumin Jibrin had a two-hour session with the Assistant Inspector-General of Police (AIG) Amodu Ali-led SIP, he also  submitted more documents on the matter to the investigators.

Accordly to The nation, “The search for padded areas by the panel has started. As at Monday (yesterday), the panel was in receipt of three versions of the 2016 Budget.

“With the retrieval of these budget versions, detectives have started identifying padded areas by the House members.

The Special Investigation Panel (SIP) insisted that, “After locating these padded areas, the SIP will be able to determine the focus of interrogation and the list of those to be questioned alongside the 13 already implicated by Jibrin.”
Responding to a question, the source added: “The SIP may interact with all members of the House Committee on Appropriations and some chairmen of committees.

The are also monitoring every claim by members in the media to guide their investigation.”

Accordly to The Special Investigation Panel, “We have requested Jibrin for additional facts. So, Jibrin could be with us tomorrow (today) or Wednesday. We have told him additional things to bring as part of our preliminary investigation.

“We will invite Dogara and the others after we are done with Jibrin.

“As the investigation progresses, we will inform the public. This is an investigation that will stand the test of time. (AIG) Amodu Ali-led SIPs”said.

“ The country Nigeria should at the end of the day put an end to the culture of padding.  We will be fair to all who will appear before the SIP.”