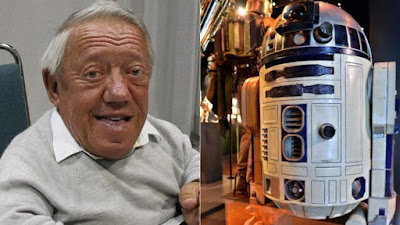 British actor Kenny Baker, who starred as R2-D2 in six Star Wars films, has died aged 81 after a long illness

Star Wars creator George Lucas paid tribute to a “real gentleman” and Mark Hamill – Luke Skywalker in the films – said he had lost “a lifelong friend”.

Baker made his name as the robot in the first Star Wars film in 1977 alongside Anthony Daniels’s C-3PO character. 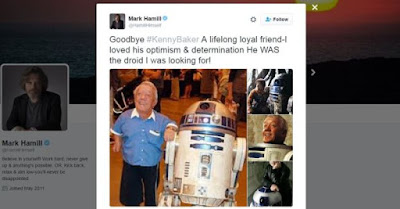 Baker’s agent Johnny Mans said the actor had been ill for a couple of years.
He said: “Kenny was truly a great friend, one of the nicest guys you could ever wish to meet, and a fabulous and talented performer.” 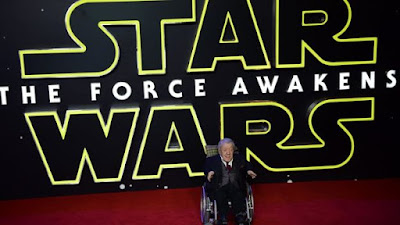 Lucas said: “Kenny Baker was a real gentleman as well as an incredible trooper who always worked hard under difficult circumstances.
“A talented vaudevillian who could always make everybody laugh, Kenny was truly the heart and soul of R2-D2 and will be missed by all his fans and everyone who knew him.” 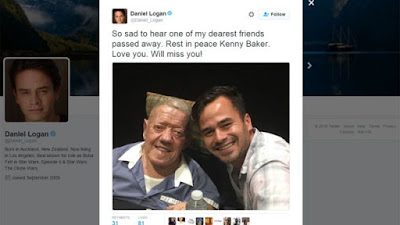