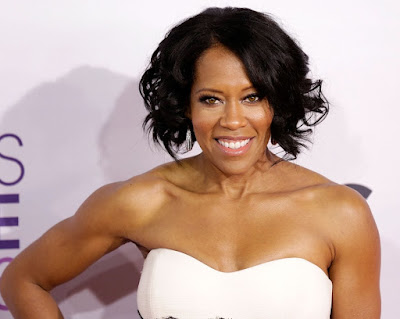 ‎
As a thinks black woman ,Actress Regina King, 45, says  ladies should be more open and try to date outside their race. She said this in a Vibe magazine interview. Below is what she said;

Of all groups of people, Black women are the least likely group of women that will date outside of their race. When you have everyone else who is willing to explore but a Black woman is like, “I want me a brother,”

…well, if the brothers are out and they’re open to date everybody and the majority of Black women aren’t willing to look twice when a man outside of their race is sending them messages, then that makes our percentage rate lower and the chances of finding love, because we’re only looking in one specific place for finding love – with Black men.

Every single one of my girlfriends won’t date men that aren’t Black.

I have maybe about five and these are people that I’m really considering my friends, not people that are associates or that you talk to or deal with at work. I have about five Black friends who date outside of their race. But all the other friends of mine, it’s either they vocally say that they won’t or every time an opportunity comes up for them to date outside of their race, there’s some excuse why it’s not going to work. They never really say it’s because he’s White, or because he’s Spanish or something like that. It’ll be more like, “Well, you know he works at such and such, and our schedules don’t match.” But we’ll know really what it is. It’s ’cause he’s White.