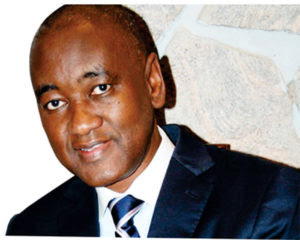 Mr Abubakar Mahmud call for the reform of the Economic and Financial Crimes Commission (EFCC).

The new President of the Nigerian Bar Association Mr Abubakar Mahmud (SAN) has call on the federalGovernent to reform the Economic and Financial Crimes Commission (EFCC).

The reform should limit the EFCC’s role to investigation, he said, while prosecution  should be handled by an independent resource prosecution agency.He said”

He commended the EFCC for its current work and achievements in the fight against corruption, but said: “however, going forward, the NBA must demand the reform of the institution itself. We need to define its mandate more narrowly and more clearly.

“The critical institutions involved must be repositioned, re-equipped and re-tooled to confront the problem of corruption on a consistent and sustainable basis,” he said.

“In my view, its broad objective as an investigative and prose curial agency should be reviewed.
“I recommend strongly that the EFCC be limited to investigation.”

Mahmud also said that  the NBA would advocate urgent reforms for the  repositioning of  the judiciary and make it play crucial roles.

He said a clean, efficient and knowledgeable judiciary was a foundation for building orderly, peaceful and prosperous society.

“The NBA under my watch will fight judicial corruption. We shall make the legal profession unattractive for corrupt lawyers,” he said.
He  stressed the  need for vision and the fight for the new bar system if the judiciary would remain the last hope of the common man.

He noted that for judiciary to be free of any suspicion, the vision of the new bar system must be geared towards reinventing the bar, by the skills and knowledge of its members.

In a communiqué at the end of the NBA 56th Annual General Conference, the association urged the Federal Government to adequately fund university education in the country.

The association also urged the government to equip the military to enable it face the insurgence confronting the nation.

The association described  education as central to human capital development in any country,  just as it is imperative to properly equip the military.

It urged the military to “returns to its ethics and educate the young officers on the ethics of military profession to achieve good conducts,” and asked the federal government to separate religion and tribal sentiment from governance because it could damage a lot of things and the integrity of government.

NBA said that there was urgent need for the National Assembly to amend Military and Prison Acts in line with best global practice.