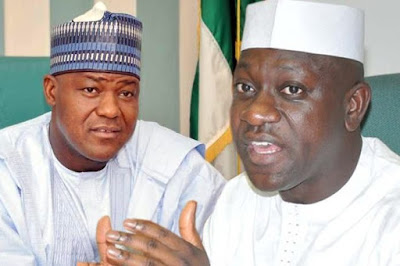 Jibrin also said he had added the name of  Abonta Abonta to his petition on his Twitter handle.

The House Leaders Femi Gbajabiamila react to Jibrin  statement that Nigeria should not Judge  Speaker Base on  Jibrin’s allegations.

Former Chairman of the House of Representatives  Committee on Appropriations Abdulmumin Jibrin said; that he have  Submitted petition against Speaker Dogara and 12 others. Now, it is over to the security and anti-corruption agencies

Mohammed Zakari, the Chairman of the House Committee on Basic Education  faulted Jibrin’s claim that he was one of those involved in budget padding.

He said , I worked as a civil servant for 14 years with outstanding records, before joining politics. I cannot allow a desperado, who is also a gold digger, to rubbish my impeccable integrity.

Mohammed Zakari said,  this is my 5th year in the National Assembly I have never heard of a budget being padded. What a sitting President brings to the National Assembly, according to Section 80(1) and (2) of the  1999 Constitution is an estimate which the Legislature is expected to consider and assist the Executive in reviewing appropriations for its plans and projects for the country.

He ask Jibrin should look elsewhere for his prey,he held every member in contempt and arrogated usurped powers to himself.