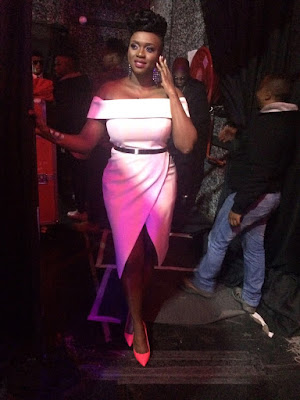 The first live episode of Africa’s biggest singing reality show, The Voice Nigeria, aired on Sunday and some of Nigeria’s biggest names in entertainment gathered at the Landmark Event Centre in Lagos to share in the excitement.
OC Ukeje, Linda Ejiofor, Muna Abii, Sarah Ofili, Akpororo and Kemi ‘Lala’ Akindoju were just a few of the known faces in attendance, as popular television personality, Sika Ossei, hosted the on-ground event, which coincided with the live show being broadcast.
The live shows involve four members of each team performing, with the coach choosing to save one contestant and the three remaining contestants put up for public voting.
One lucky contestant who amasses the most votes ends up being saved.
The Director, M-Net West Africa, Wangi Mba-Uzoukwu, said: “We are excited to bring the live editions of The Voice Nigeria to our fans across the country and indeed the continent. As we can expect, the live shows are uncut, unedited and we get to see the coaches and contestants in their element. The shows are spontaneous, raw and emotional and I would like to thank our sponsors Airtel, Coca-Cola and Unilever for supporting us in bringing this amazing show to Africa.” 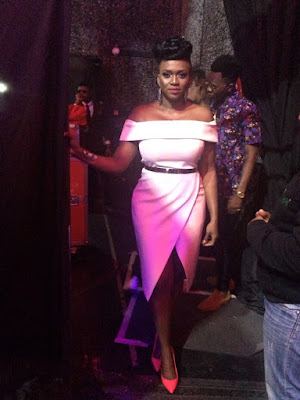 Make up and Styling Artistry by Tolani.