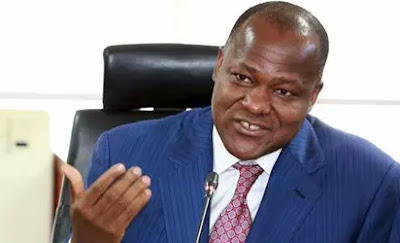 Abdulmumin Jibrin, former chairman of the House of Representatives committee on appropriation, has revealed again that embattled Speaker Yakubu Dogara tried to break into his office in order to take away documents that could indict the House leadership.

“There has also been an attempt to break into my office at the House.

“I know he wants to tamper with documents critical to his and the three others’ future investigation and prosecution but unfortunately for him we already have enough evidence in our possession
.

“The security and anti corruption agencies should kindly take note. “Speaker Dogara has ordered that all the computers in the appropriation secretariat be shut down and moved to his office as if that is the answer to the allegations I raised.

Read the other allegations he made through tweets:

Allegation no22: why did you allow several wasteful procurement of items that are already available in members offices, just to steal money?

Allegation no23: why did you connive with Hon Mohd Bago to organize a scam in the name of investigative hearing on NIMASA where/

EFCC&ICPC must arrest Speaker Dogara,3others&few other members in my petition immediately! They are running to high places looking for cover

Less I forget on the scam so called NIMASA investigative hearing which the Speaker personally attended, how was it and still funded?