After six weeks of intense battle for the soul of the Peoples Democratic Party (PDP), loyalists of its erstwhile national chairman, Senator Ali Modu Sheriff yesterday confirmed that his faction has finally entered into discussions with the leadership of the party in order to end the crisis that has befallen the main opposition party. 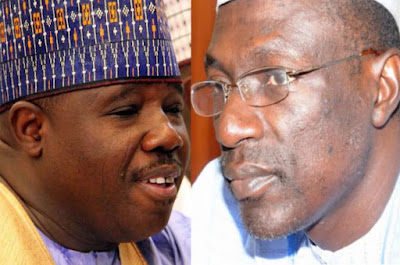 The new reconciliatory move came on the heels of the decision of the Independent National Electoral Commission (INEC) to study all the rulings of the courts in respect to the conflict in the PDP with a view to taking a position on which of the factions to recognise.

On the call made by the spokesman of the PDP caretaker committee, Dayo Adeyeye, for the arrest of Sheriff on contempt charges, Ojuogbo said there was nothing of such since Sheriff had already appealed the Port Harcourt Federal High Court ruling.

“I want to make it categorically clear that we have a judgment that is a point blank judgment that says that it is only Sheriff that will submit the names of candidates for the governorship elections in Edo and Ondo States.

“It also further says that Sheriff is the recognised chairman of PDP. The judgment they are celebrating in Port Harcourt, of course, is the judgment of the ‘Emperor of Ikwere’ (Governor Nyesom Wike).

“We have appealed it and we have also asked for a stay of execution. So it is neither here nor there. But the chairman of PDP, Alhaji Ali Modu Sheriff has some other subsisting judgments in his favour, and if anybody is to be arrested, it is Adeyeye who is making allusions that people will be arrested‎.

“I know that Makarfi will not make such a statement, he is a gentleman and not somebody given to such utterances, so I want to excuse him. If such statement came from Makarfi, Ali Modu Sheriff would have known what to do to address it properly.

A key member of the Sheriff group and the former PDP National Vice-Chairman (South-South) Dr. Cairo Ojougbo, who addressed journalists in Abuja yesterday, also dismissed calls for the arrest of Sheriff for contempt of court, describing it as a ruse.

Speaking on the lingering face-off between Sheriff and the mainstream PDP leadership over the rightful claimant to the chairmanship of the party, Ojuogbo said though the former national chairman still sees himself as being legitimately in office, he was ready to pursue dialogue to resolve the crisis.

Ojuogbo last week said Sheriff had asked to be allowed to conduct a fresh convention in order to hand over to a new national leadership.

“I want to make this point clear, the caretaker committee led by Senator Ahmed Makarfi and the Sheriff-led PDP have been discussing. We have been looking for ways to make peace.

“People like (Dayo) Adeyeye who want this crisis to continue, have been talking any how, they have their own personal agenda,” he said.

“Sheriff wants to return the party to the people. He doesn’t want only the governors to sit down in their rooms and write the names of candidates and submit them to INEC. That is the root of the crisis we are having today in the PDP and Ali Modu Sheriff is ready to address it.

“This is the only time the chairman of the PDP is saying no to the governors. Impunity must be addressed; anybody who went shopping for judgment, or used state money to go and buy a judgment, the person is on his own.

“Ali Modu Sheriff will not be involved in such cases, and if you win such cases we will wait for you at the Appeal Court,” he said.

But as the PDP attempted to resolve the division within its ranks, there were indications that INEC may arrive at a verdict on which of the factions of the PDP can field a candidate for the September 10 Edo State governorship election.

accordly to thisday news  , INEC headquarters in Abuja that the commission will on Friday start to evaluate the court rulings on the PDP crisis, especially in view of the recent judgment of the Federal High Court in Port Harcourt authenticating the Makarfi-led national caretaker committee.

It was learnt that INEC’s latest move was targeted at resolving the PDP leadership tussle before the deadline for the submission of names of candidates for the governorship election in Edo State.