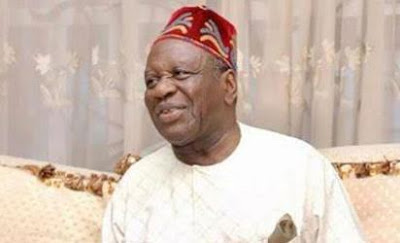 Ex-governor of Akwa Ibom State, Obong Victor Attah, has, in apparent response to President Muhammadu Buhari, said that the country’s unity was negotiable

President Buhari made a respond to the unity of Nigeria is not negociable that we must remain to be one, that it was a common fight by Gowon during the Sallah holiday, had told a group of people who paid him a visit in the state house, that members of the various militant groups and Pro-Biafra group should stop their agitations as the unity of Nigeria cannot be negotiated.

In an interview with Vanguard in Abuja weekend, the former governor said the only way out of the various challenges bedeviling Nigeria would be to adopt fiscal federalism, saying the country, as currently constituted, was unworkable. he alsoAttah said negotiation does not mean splitting of the country .

‘’We need to look at the situation holistically, and where there is justification, you correct them, and where there is none, you explain to the people why they should not have doubts or fears about them, if you wish, even-handedness of the government towards any part of the federation,

He also insisted that,‘’The time for change had come and nobody could stop it. Today, the need for, let me borrow your word, restructuring the fiscal arrangement of Nigeria has come and nobody can stand against it and I mean it. It is not a threat, it is just one of those things you feel, because you see and you know that this is the case.

The former governor also stated that the Niger Delta area was currently over-exploited, a development he said had partially fuelled militancy in the area. He said:  “The South South has the feeling that the rest of the country wants to milk it, pollute it or completely milk it dry and then tell them goodbye

. There is that fear and it is not being addressed because the question is why are you preserving all your resources and exploiting only this one?

He said:  “The South South has the feeling that the rest of the country wants to milk it, pollute it or completely milk it dry and then tell them goodbye. There is that fear and it is not being addressed because the question is why are you preserving all your resources and exploiting only this one? “There is this concept of diversification.

When you talk about diversification, people just think it has to do with going into agriculture, apart from oil. It is not sufficient.

‘’Why haven’t the tar sands been exploited and so that they can go ahead and even have more money than the South-South, if you like, put together? It is just because we have refused to accept the concept of fiscal federalism. The governor of Kaduna was the one that said there is more gold in Kaduna than the whole of South Africa.

‘’ I am quoting the governor of Kaduna State. So, why should Kaduna State not be able to meet all of its obligations and put a lot of money into the federation account, which I condemn.”

“You have to renegotiate. If you talk about renegotiation, some people think you want to split the country. No, it is like everytime they tell you to go and investigate somebody, you think it means you must go and find that person guilty. No, do not forget that they investigated Dr Alex Ekwueme and came back and said in fact, he was poorer than when he went in (to government). The people of Nigeria are dissatisfied with the current federal arrangement or whatever is binding them together now and are saying they want to renegotiate the terms of staying together.

The President quoted Gowon. Gowon had said that keeping Nigeria one is a task that must be achieved. That task was achieved by military means. He (Buhari) is not a military man now, he is a democrat, a politician. So, the only means politicians have is to negotiate. ‘So, what did you mean by you won’t negotiate? If you want to keep Nigeria one today, you must negotiate the terms and conditions of the people staying together and it goes back to the conference report, it goes back to the concept of fiscal federalism.

‘You would find out that in the final analysis, that is what everybody would be saying to you. Go and study as religiously as you can, the constitutions of 1960 and 1963. What is restructuring? Several people have used that word and have not been able to say what they mean. The few that have actually attempted to say what they mean either end up talking about going back to the regions as we had them before or adopting the six-zonal structure that had been proposed for Nigeria, which actually is in current usage but has not been sanctioned by the constitution of Nigeria. Others just use the word restructuring because it is almost like a buzz word, it is a popular thing to say now. ‘I do not want to be caught up in the semantics. I will subscribe, absolutely and entirely, to the concept of fiscal federalism. People ask what is the difference between fiscal federalism and restructuring and I will explain. I am convinced that fiscal federalism can be practised with even the 36 state-structure and one federal capital territory that we have today in Nigeria. In fact, I can say, it is a must, for there to be peace and harmony, understanding among the federating units”he said