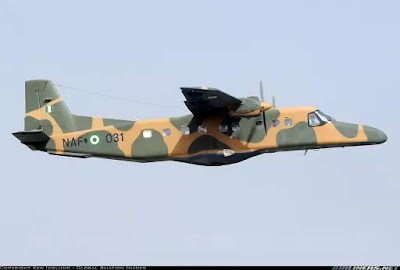 There was panic in the Arepo area of Ogun state and some part of Lagos state as soldiers bombarded the base of suspected Niger Delta militants in the state.

“Acordly to Punch reports that scores of militants were feared killed in the joint army operation which lasted for several hours.

“The source revealed that the army attacked Fatola, the base of the militants, continuing that houses around the area were shaken by the impact of bomb blasts on the militants.

They are shelling the place with fighter jets. Some soldiers also surrounded the area to make sure that if any of the militants should run out, they would be gunned down.” A local said people in the area had commenced fleeing their homes due to the operation.

A resident in the Imushin area of Ogun state stated that two jets were engaged in the operation, continuing that only one base of the militants was attacked.

Accordly to Naij report,a community leader, who claimed to have spoken with one of the officers, added: “The military officer said residents should not panic because it was a military exercise. I also gathered that the casualty figure was high and that a lot of the militants had been killed.”

He insisted that “An aircraft had actually been surveying the creek for the past three days. But a second one joined this evening around 6pm. All we heard was a sudden bomb blast released from the second aircraft. But it appeared that some of the militants had fled into the bush. There are four major bases of the militants in the creek and they are led by two men- OC and Agbala. If the military can get these two people, then they would have succeeded in clipping the wings of the militants,”