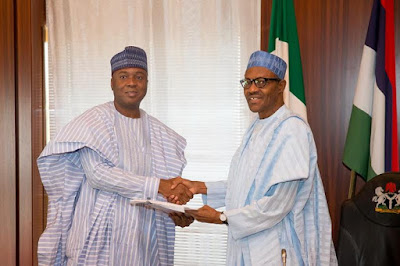 The agenda of the meetings were unknown, but they may not be unconnected with the strained relationship between the Presidency and the Senate leadership.

Senate President Bukola Saraki, who is facing Senate Standing rules forgery trial along with his deputy Ike Ekweremadu, recently alleged that there was a cabal in the Presidency behind his travails. But he was told to face his trial.

David Mark was appointed to lead a team of peace makers at last week’s executive session of the Senate. he visit might be on the ground to normalise the relationship between the Senate and the Presidency. It was not immediately clear yesterday whether the meetings were part of the peace moves.

Ex – Senate President David Mark, who came out after about 30 minutes in the President’s office, did not speak to reporters as he walked through the corridor, followed by a protocol officer.