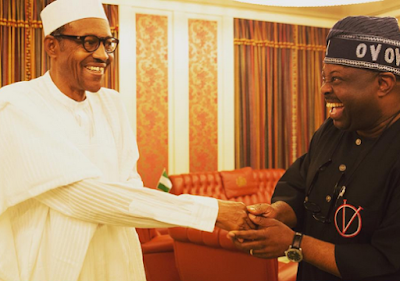 Ovation publisher  and davido baby mama uncle Dele Momodu, wrote about the quality of appointments we are seeing lately in Buhari’s government, describing it as ‘appallingly lacklustre’. He also criticized the way the president broke the Ramadan fast with so much fanfare at the State House and talked about Buhari’s new fashion sense, calling it ‘overly flamboyant’

. Read the write up below..

“I’m back this week with my weekly epistle to fellow Nigerians and Africans. You must be wondering about the title of my article today, especially the word “they” and who it refers to ultimately. You don’t have to guess too much as I will explain to you in a jiffy. The “they” are those groups of men and women who litter the corridors of power in our dear beloved country Nigeria.