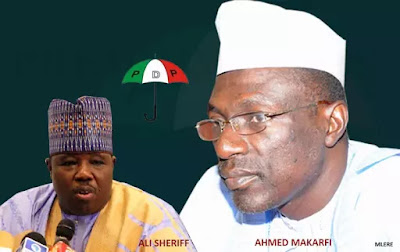 Nick Dazang, the Independent National Electoral Commission (INEC), Deputy Director for Voter Education and Publicity, disclosed this in an interview with NAN on Tuesday in Abuja,that  Pastor Osagie Ize-Iyamu, is the Peoples Democratic Party (PDP) candidate for the Edo Sept. 10 governorship election

The decision to accept Mr. Ize-Iyamu, candidate of the PDP National Caretaker Committee, led by Ahmed Makarfi, was informed by the court’s decision on the matter. Said Nick Dazang


INEC collected the nomination from Makarfi-led faction because he has a court judgment that says Commission should accept his candidate.

you will recall that it is only his own faction of PDP primary that INEC monitored,” Mr. Dazang said.

Faction led by Ali Modu Sheriff submitted the name of Matthew Iduoriyekwemwen as its candidate for the Sept. 10 Edo polls, after the Makarfi faction had submitted Mr. Ize-Iyamu’s name.
The Makarfi’s group, supported by all organs of the party, including the Governors’ Forum and the Board of Trustees, conducted its primary on June 20 in Benin and elected Mr. Ize-Iyamu as candidate.

On June 29, at another primary that was not supervised by INEC as required by the Electoral Act, Mr. Sheriff’s faction picked Mr. Iduoriyekwemwen as the party’s candidate for the Sept. 10 election.
INEC had said earlier that it would not accept any candidate until a court decides on the matter.