Family members of 14 death row prisoners wept and one was close to collapse after learning the largest mass killing of convicted drug felons in Indonesia would take place on Thursday night – 24 hours earlier than expectedLawyers and embassy staff were also grim-faced as they emerged from the prosecutor’s office in Cilacap on Thursday after being informed the deaths of the eight Nigerians, including Titus Igwe, four Indonesians, one Indian and one Pakistani were just hours away.
The executions were proceeding despite nine of the condemned filing last-minute clemency pleas and pressure to postpone the executions amid growing evidence that

“This is just insane, it should be tomorrow,” said the director of the Community Legal Aid Institute, Ricky Gunawan, who was filing clemency pleas on behalf of Indonesian woman Merri Utami and Nigerian Humphrey Jefferson Ejike Eleweke.

“In the name of justice, they deserve a retrial,” Dr Mulya said. He said many had not lodged clemency pleas until the 11th hour because that would be to admit guilt and they insisted they were innocent. This third round of executions is the largest number of people ever executed in Indonesia’s history – it’s unprecedented,” Dr Mulya said

The sister-in-law of Michael Titus Igweh,(pictured in veil holding up a family statement condemning the execution) who alleged police had applied electricity to his genitals to force him to confess to heroin possession, said his final request had been to see his wife and family for the last time.

However she said Mr Igweh’s wife was in Nigeria and would not arrive in Indonesia until Friday – hours after her husband was killed.

“Yesterday I met Titus and he was angry and upset,” Nila said. “He said: ‘What kind of justice is this? What kind of country is Indonesia?”

Nila said she had chosen to sacrifice her last-ever visit to Mr Igweh in order to tell his story to the media:

“At this time I believe there are two things that can help Titus, one is God and one is the media. If that was the last time to see Titus, than so be it.”

On Thursday morning 17 ambulances – 14 containing coffins –  were ferried to Nusakambangan, known as Indonesia’s Alcatraz, where the prisoners will be strapped to wooden posts and shot dead by a firing squad.Police leaked grisly details leaked to the media by Police about the logistics of executions, including the size of the coffins, which were as long as 190 centimetres for some of the Africans.They said 198 executioners would be deployed, 140 guards, 70 equipment personnel and a 16-person sterilisation team. Each convict would require chains, a padlock, white aprons, a head cover, a pole, a chair, a marking sticker, a plastic bag for their belongings and scissors.Meanwhile, Catholic priest in Cilap confirms he will visit 3 Nigerian prisoners ahead of their execution, according to Indonesia bureau chief for ABC, Samantha Hawley.More photos… 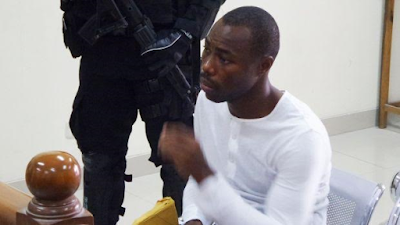 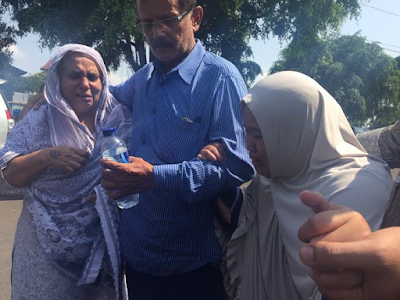 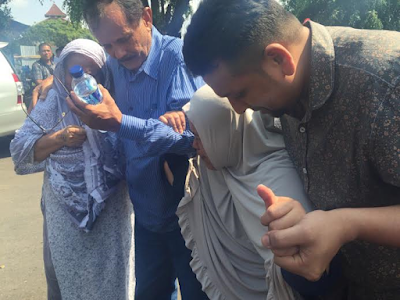